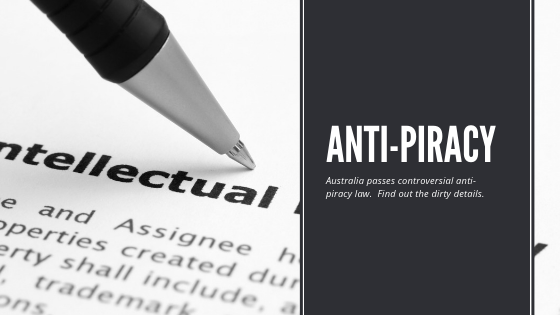 If you are the last one out, turn off the lights.

That is about it for Australia and their 23 million people when it comes to any website the government deems aids in piracy of copyright law.

This is a far-reaching law, in fact it is more onerous than most other countries I have seen pass other anti-piracy legislation. Gone will be sites like Kickass.to and thepiratebay.se. That is just for starts. There can and likely will be other collateral damage to more ‘legitimate’ sites such as Dropbox or megafileupload. Sites such as this can be easily targeted by the Aussie government since it is impossible for these companies to control every single item that is uploaded, stored or shared on their systems and it is inevitable that copyrighted material will be available.

But instead of having a warning system in place for such events, this legislation can simply force internet providers (ISP’s) to pull the plug on these sites, making them unavailable to all Australian citizens.

So instead of having fines or warnings like are provisioned in laws in countries like the US or Canada, Australia is taking it a step further and censoring out websites they feel should not be accessible to their population. Rather Orwellian if you ask me.

The government claims that they will review the effects of the bill in 18 months and make adjustments if necessary. But this was not written into the legislation so there is no legal duty for them to do so. Rather convenient. And considering this bill passed by an astounding 37-13 margin, the reality is that even if a review is done as promised, chances are it will be only lip service and not a decent overhaul of the bill as proposed by senator Scott Ludlam.

What does this mean to the average Australian?  Simply put, if you want to download any copyrighted material such as a movie, TV show or music, chances are the site you would get the torrent link from will soon disappear.  But if you still want to get access to this material, it is not too hard and in fact, studies show Australians have become very adept at circumventing such regulations.  Before Netflix became officially available in Australia, it was estimated that 684,000 Australians were already subscribed to international streaming sites such as Netflix, Hulu or Vudu.

There is good news.  This poorly thought out legislation makes it simple for people to carry on doing what they were doing.  Simply using a VPN service such as the 684,000 people are already doing to gain access to international streaming sites will bypass the banning of these sites from Australian internet.  Check out our selection of vpn services with the link below.  These VPN providers provide high anonymity and allow you to easily and quickly access sites that the Australian government has or will ban from view.  It is inexpensive and insanely easy to do.  Makes you wonder what these politicians were thinking in the first place when they passed this law.